Food, wine and local cuisine in to Agriturismo Tuscany

FOOD AND WINE IN TUSCANY

Tuscany has a unique culinary tradition, and is famous for its wine. Here are some of the specialties of the area. An informative guide to the many local restaurants has been compiled for you; it is available in our office and is kept up to date by the experience of our guests.

You may also want to look at the Fairs and Local Culture page on this site to read about the various sagre (festivals) that often take place in the fall, providing a bit of local color combined with seasonal specialties served under tents on the streets.

Tuscan Cuisine — Specialty foods not to miss while in Tuscany

High-quality beef, used for the traditional very thick Florentine steak or bistecca alla fiorentina, comes from the Chianina cattle breed of the Chiana valley and the Maremmana from the Maremma valley. Pork is also produced, and is famously prepared as àrista, a roast loin of pork with garlic and rosemary. Its name derives from the greek word aristos, meaning “the best”: according to the story, this dish got its name when it was served at a banquet in honor of Greek clergymen who visited Florence in 1430 for a Ecumenical Council, and they loved it so much that they couldn’t stop repeating “aristos”.

The region is also well-known for its rich game, especially wild boar (cinghiale), hare (lepre), fallow deer, roebuck and pheasant that are prepared on their own or often used to prepare rich, delicious sauces for dishes such as pappardelle, a type of home-made pasta cut into large, broad ribbons. And of course, wherever you go in Tuscany, you will always find the best prosciutto, often served as an antipasto.

You will often find cheeses in antipasti (appetizers) along with prosciutto and other cured meats. The most typical cheese of the region is Pecorino toscano, made from sheep’s milk, which comes in different styles depending on how long it has been aged. When it is more mature it is referred to as stagionato (“seasoned” or “aged”); it is harder, sometimes crumbly and has a decisive buttery and nutty flavour. The other two types, “semi-stagionato” and “fresco,” have a softer texture and milder cream and milk tastes. A good Pecorino Stagionato may be encountered as an appetizer or at the finish of a meal, served with pears and walnuts or drizzled with strong chestnut honey. Other local cheeses are marzolino, a small pecorino made only in springtime when the ewes eat the new grass, and caciotta which is all or partly cow's milk. 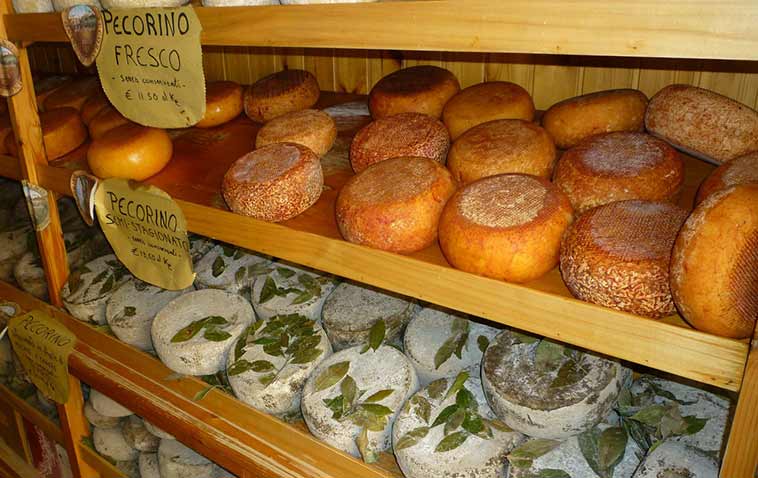 Simplicity is central to the Tuscan cuisine, and most dishes have peasant origins. Legumes, bread, cheese, vegetables, mushrooms and fresh fruit are used. A good example is ribollita, a notable Tuscan soup whose name literally means "reboiled" — it was originally made by reheating (i.e. reboiling) the leftover minestrone (vegetable soup) from the previous day. There are many variations but the main ingredients always include leftover bread, cannellini beans and vegetables such as onion, carrot, cabbage, beans, chard, cavolo nero (Tuscan kale), and olive oil. Condiments such as garlic, rosemary, olive oil and cheese are frequently used. White truffles appear in October and November. 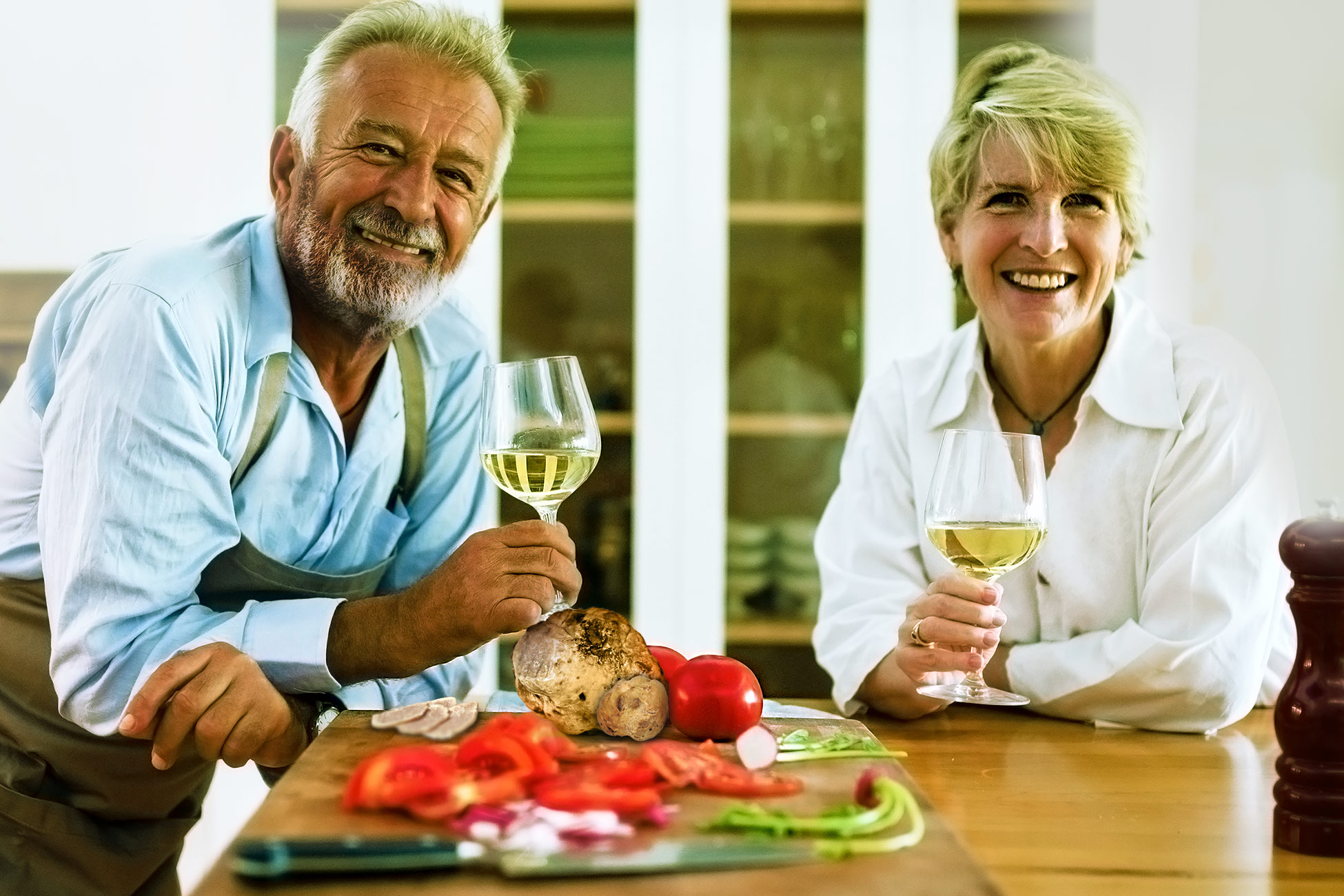 Olive groves are also the region's pride, and while it is not generally possible to visit an oil press, olive oil can be purchased directly from the producers. Olives are pressed in November and December and the olio nuovo (new oil), which is very piquant for the first several months, is especially prized on bruschetta and ribollita. The sharp, slightly bitter flavour of Tuscan extra-virgin oil, which has a very low acidity level, comes from the olives being hand-picked when they are just beginning to ripen. 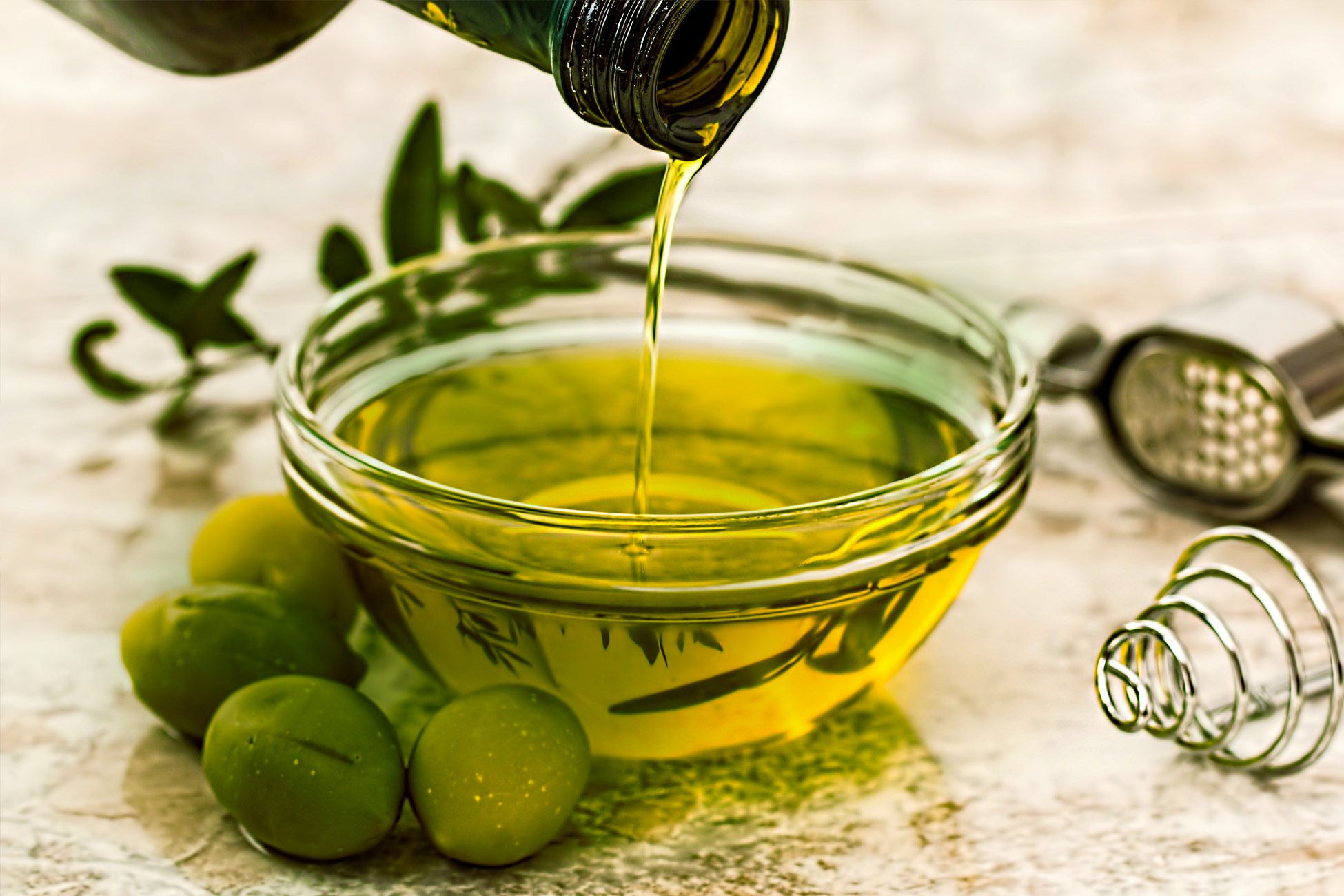 Regional desserts include the traditional Sienese Christmas specialties panforte (a fruitcake prepared with honey, fruits and nuts), ricciarelli (biscuits made using an almond base with sugar, honey and egg white), and cavallucci (cookies made with almonds, candied fruits, coriander, flour, honey); as well as the tiramisù and panna cotta which have now spread throughout Italy. In autumn and winter another popular dessert is castagnaccio which made with chestnut flour, pine nuts, walnuts, raisins and rosemary. 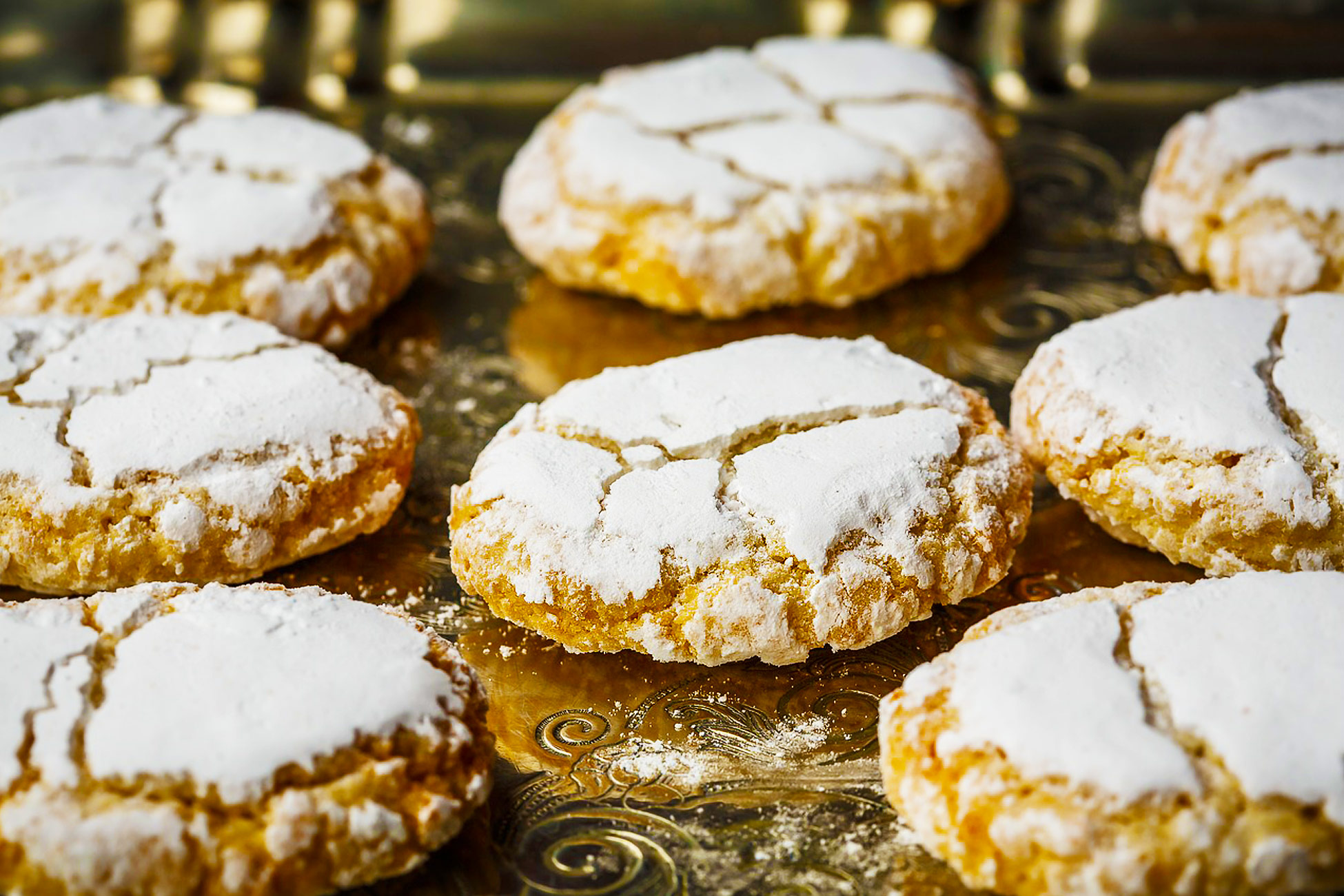 Where to sample local cuisine:

We have compiled for our guests an informal, yet informative, guide to the many local restaurants that we will share with you upon your arrival. The guide is kept up to date by the experience of our guests.

Tuscany is one of Italy's prime wine regions, and there are many opportunities to tour the wineries and sample their products. One of the best-known wines internationally is Chianti — in fact, due to the many British tourists who have settled in the area where Chianti wine is produced, this specific area has been nicknamed "Chiantishire".

The most notable wines of the area are the red Chianti, Brunello di Montalcino and Vino Nobile di Montepulciano, which are primarily made with the Sangiovese grape, and the white Vernaccia di San Gimignano which has the Vernaccia grape as its basis. Tuscany is also known for the dessert wine Vin Santo, made from a variety of the region's grapes. In the 1970s a new class of wines known in the trade as "Super Tuscans" emerged, which are made outside DOC/DOCG regulations (Denomination of Origin Controlled and Guaranteed) but are considered of particularly high quality and can command high prices.

The Chianti zone is Tuscany’s largest classified wine region and produces over eight million cases a year. The region is split into two DOCG: Chianti and Chianti Classico. The Chianti Classico zone covers the area between Florence and Siena, which is the original Chianti region and where some (but not all) of the best expressions of Chianti wine are produced. Wines from the Chianti DOCG can carry the name of one of its six sub-zones or just the Chianti designation. There is also a Chianti Superiore designation which refers to wines produced in the provinces of Florence and Siena but not in the Classico zone.

Chianti wine is permitted to include as little as 75% Sangiovese, up to 10% Canaiolo, up to 10% of the white grapes Malvasia and Trebbiano and up to 15% of any other red wine grape grown in the region, such as Cabernet Sauvignon. This variety of grapes and usage is one reason why Chianti can vary widely from producer to producer. The use of white grapes in the blend can alter the style of Chianti by softening the wines with a higher percentage of white grapes, typically indicating that the wine is meant to be drunk younger and not aged for long. Nowadays most vintners limit the composition to Sangiovese and Cabernet. The method of production is also characteristic, including a second fermentation with the addition of reserved grapes.

The terroir of the Classico zone varies throughout the region depending on the vineyards' altitude, soil type and distance from the Arno River. The soils of the northern communes, such as Greve, are richer in clay deposits while those in the southern communes, like Gaiole, are harder and stonier. Chianti Riserva is aged for at least 27 months, some of it in oak, and must have a minimum alcohol content of 12.5%. In general, Chianti Classicos are described as medium-bodied wines with firm, dry tannins. The characteristic aroma is cherry but it can also carry nutty and floral notes as well. 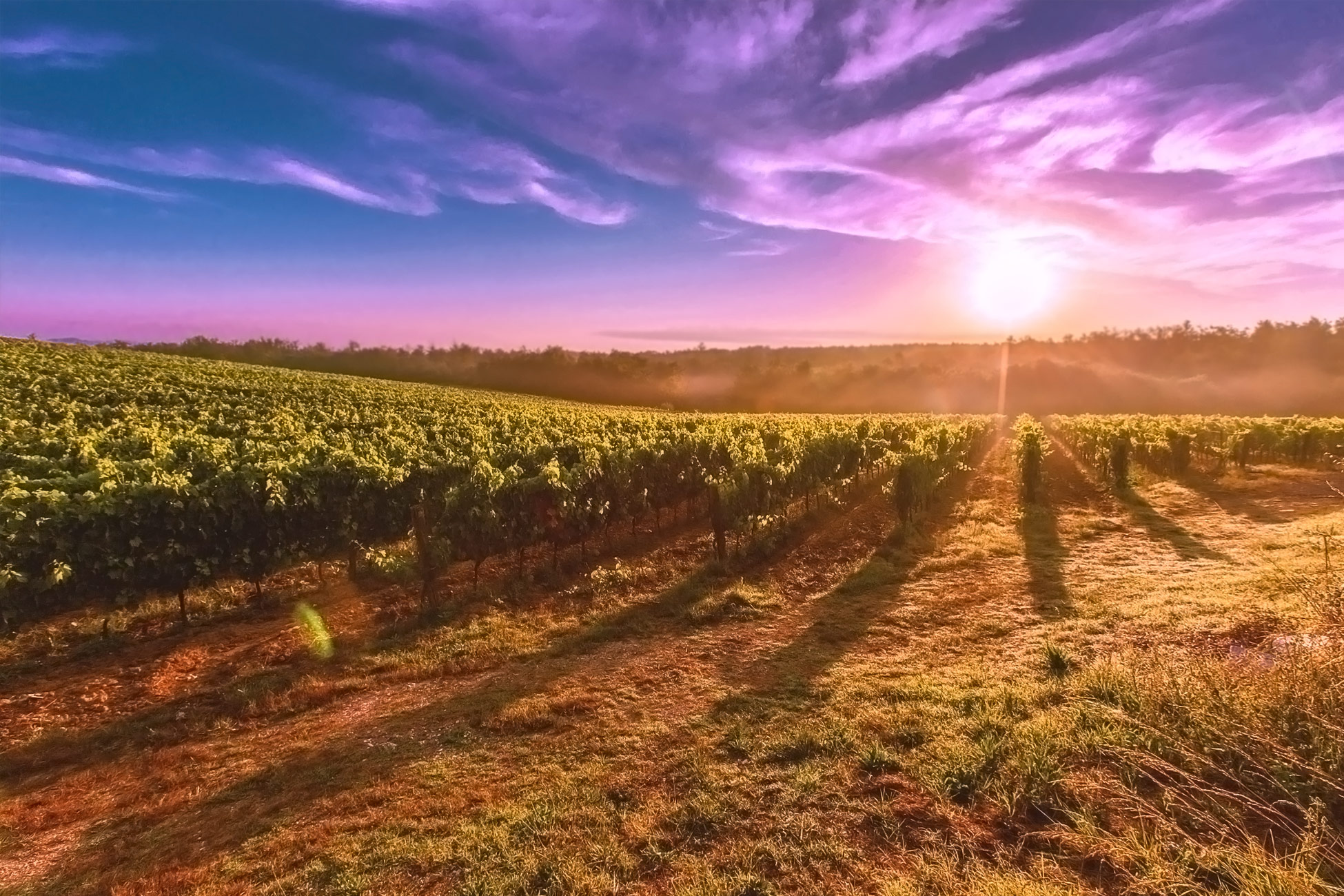 Brunello is the name of the local Sangiovese variety that is grown around the village of Montalcino. Located south of the Chianti Classico zone, the Montalcino range is drier and warmer than Chianti. Mount Amiata shields the area from the winds coming from the southeast. Many of the area's vineyards are located on the hillsides leading up to the mountain to elevations of around 1,640 ft (500 m) though some vineyards can be found in lower-lying areas. The wines of northern and eastern regions tend to ripen more slowly and produce more perfumed and lighter wines. The southern and western regions are warmer, and the resulting wines tend to be richer and more intense. The Brunello variety of Sangiovese seems to flourish in this terroir, ripening easily and producing consistently wines of deep color, extract, richness with full bodies and good balance of tannins.

Brunello di Montalcino wines are required to be aged for at least four years prior to being released, with riserva wines needing five years. Brunellos tend to be very tight and tannic in their youth, needing at least a decade before they start to soften — with wines from excellent vintages having the potential to do well past 50 years. 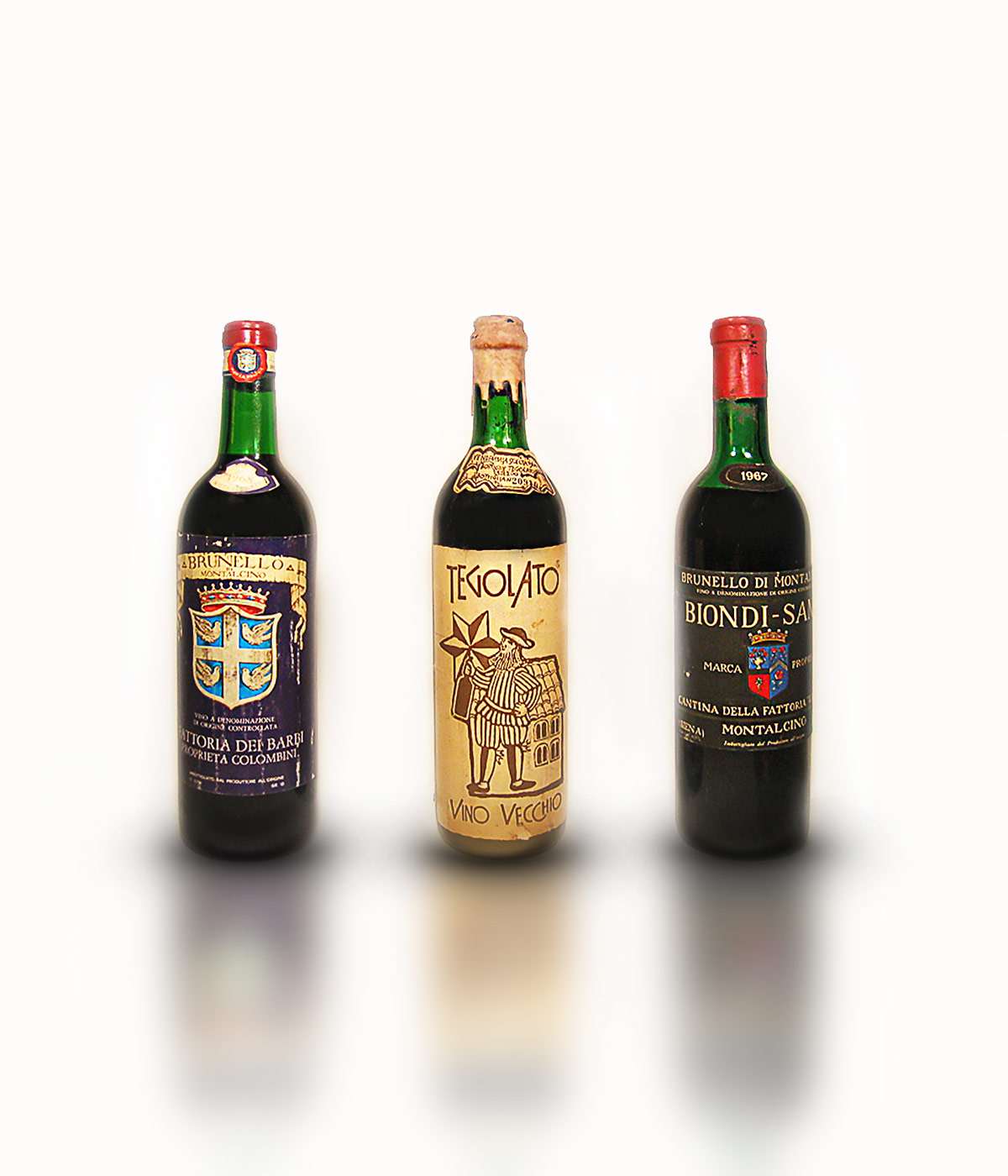 The DOCG of the Vino Nobile di Montepulciano covers the red wine of the Montepulciano area. The wine received its name back in the 17th century, when it was the favorite wine of the Tuscan nobility. Located in the southeastern region of Tuscany, the climate of the region is strongly influenced by the sea. The variety of Sangiovese in Montepulciano is known as Prugnolo Gentile and is required to account for at least 80% of the wine. Traditionally Canaiolo and Mammolo make up the remaining part of the blend but some producers have begun to experiment with Cabernet Sauvignon and Merlot. The wines are required to age two years prior to release, with an additional year if it is to be a riserva. The recent use of French oak barrels has increased the body and intensity of the wines, which are noted for their plummy fruit and almond notes and smooth tannins.

Vernaccia di San Gimignano is a white wine made from the Vernaccia grape in the areas around San Gimignano. It was the first Italian wine to receive a DOC designation, in 1966. This wine style has been made in the area for over seven centuries and is considered Tuscany's most characterful white wine. The wine is dry, full bodied with earthy notes of honey and minerals. In some styles it can made to emphasize the fruit more and some producers have experimented with aging or fermenting the wine in oak barrels in order to give the wine a sense of creaminess or toastiness. 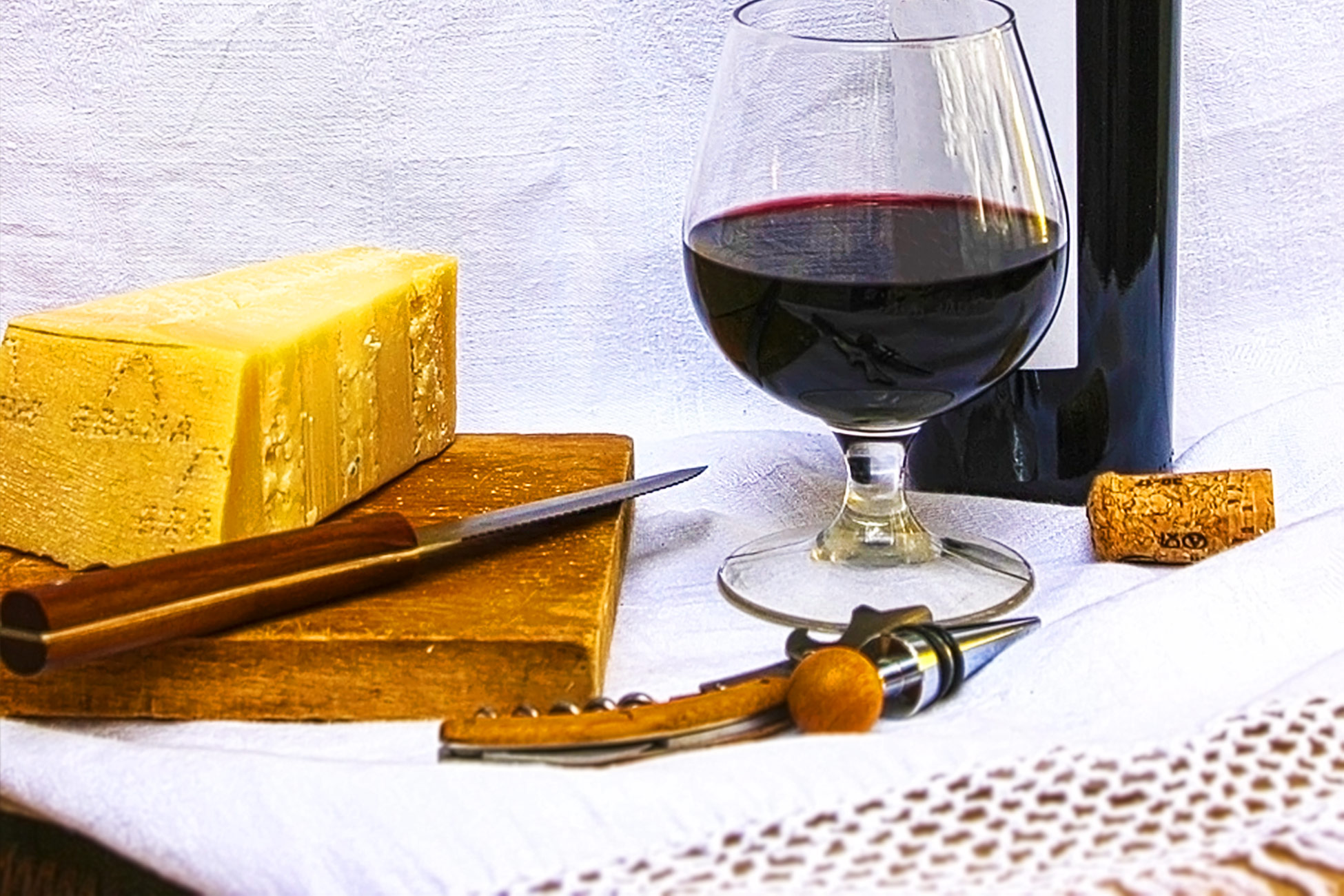 Vin Santo (holy wine) is a dessert wine generally made from white grape varieties such as Trebbiano and Malvasia, though Sangiovese may be used to produce a rosé style. The wines can vary in sweetness levels from bone dry (rare, today) to extremely sweet, and the color can range from pale to dark amber to even bright orange. The flavors typical of Vin Santo often include nutty or raisin notes with honey and cream attributes. It is traditionally served at the end of the meal after espresso and often served with cantucci (biscotti) cookies that may be dunked into the wine. 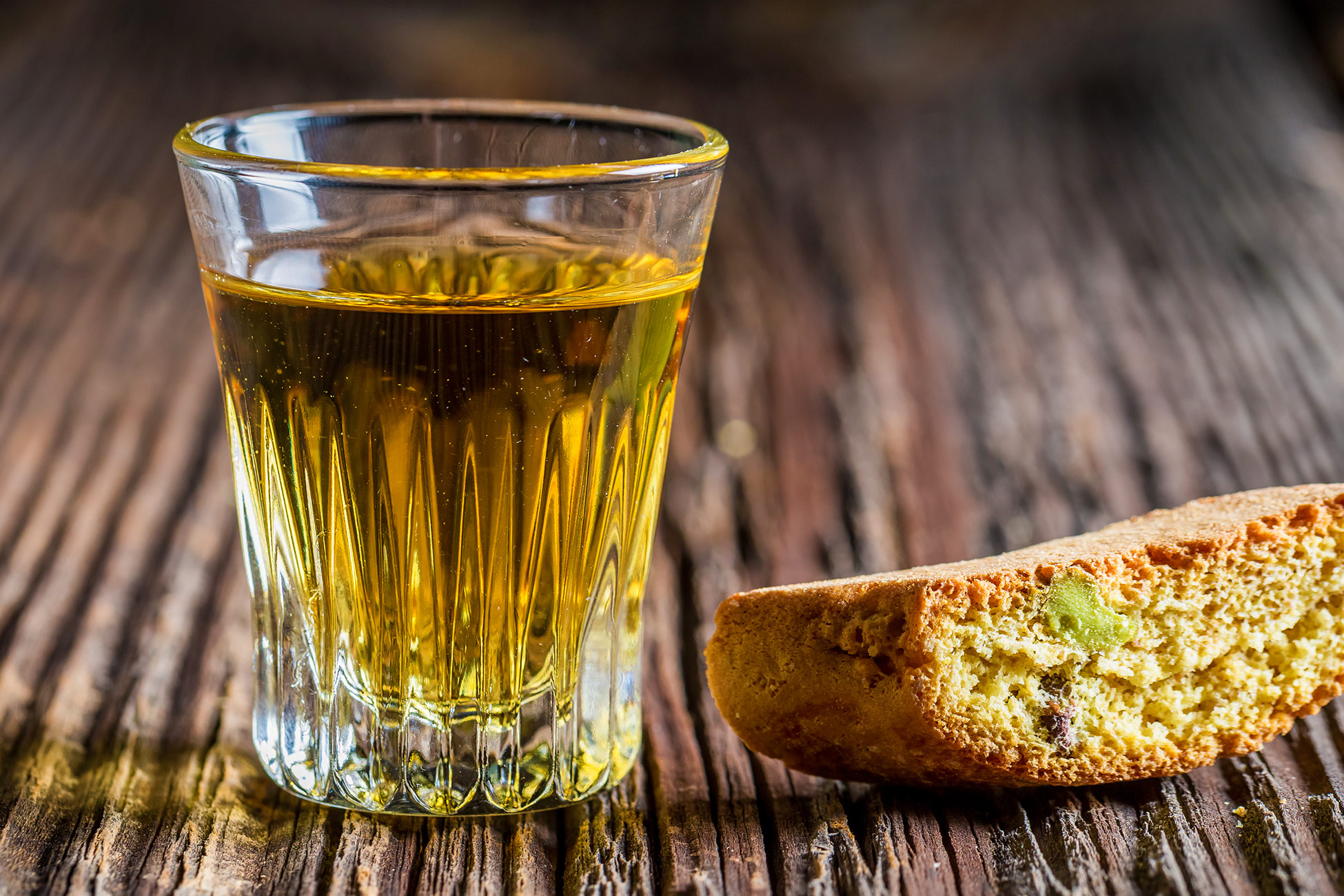 WHERE TO SAMPLE TUSCANY'S WINES:

While any restaurant in the area should be able to set you up with a good bottle of the local wine, many have a wider variety to choose from. There is an excellent enoteca in nearby Castelnuovo Berardenga which also serves good local food, and an Enoteca nazionale in the Fortress in Siena which sells wine from all over Italy by the glass. You may also want to consider taking a winery tour with wine tasting – there are so many wineries in the area that you will not lack choices. Ask us when you arrive and we can give you some suggestions.

The Montalto Agriturismo is an excellent accommodation opportunity in Tuscany that offers activities such as horse riding, mountain biking or trekking, Tuscan cooking classes, thermal baths, wine tastings, wine tastings oil, honey tastings, and much more.
Choosing to spend your holidays on the farm of Montalto in the Tuscan countryside you will surely live an unforgettable experience.
Discover Montalto Castle vacation rentals